The Federation of Malaysia comprises of Peninsular Malaysia, and the states of Sabah and Sarawak on the island of Borneo.

Situated between 2º and 7º to the North of the Equator line, Peninsular Malaysia is separated from Sabah and Sarawak by the South China Sea.

In the northern part of Peninsular Malaysia lies Thailand, and in the south, neighbouring Singapore. Sabah and Sarawak are bounded by Indonesia while Sarawak also shares borders with Brunei.

Malays comprise 69.1% of the population, while the Chinese, Indian and Bumiputeras and other races make up the rest of the country’s population.

While Malay is the national language the many ethnic groups also converse in their various languages and dialects, but English is also widely spoken.

Islam is the official religion of the country, but other religions such as Buddhism and Christianity are widely and freely practised.

The monetary unit of the country is Ringgit Malaysia and is written as RM or MYR.

Foreign currencies can be exchanged at banks and money changers.

Annual rainfall varies from 2,000mm to 2,500mm. However, the wettest parts of Malaysia could well be the hill slopes of Sarawak’s inland areas, which receive a mean annual rainfall exceeding 5,000mm.

Malaysia follows the metric system for weight and measurement.

Local calls can be made from public phones using coins or prepaid card. International calls can also be made using phone cards or at any Telekom office.

Set in the heart of Southeast Asia, Malaysia is easily accessible from most parts of the world by air, surface and sea links.

Over 45 international airlines fly into the country while national carrier Malaysia Airlines has a global network that spans six continents and a national network that covers more than 36 local destinations. 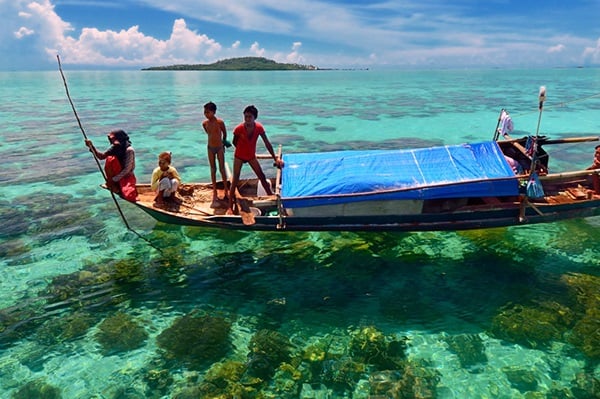 The late Jacques Cousteau, a world-renowned oceanographer, once described Sipadan Island as an untouched piece of art while divers around the world have voted it as one of the top five dive sites in the world. Rising 700m from the sea floor and at only 12ha., Malaysia’s sole oceanic island is very small in size. A 25-minute walk is all that is needed to circle the island on foot, but the huge amount of diverse marine life it attracts from the blackness of the open sea is simply mindblowing. Surrounded by crystal clear waters, this crown jewel is a treasure trove of some of the most amazing species out there. 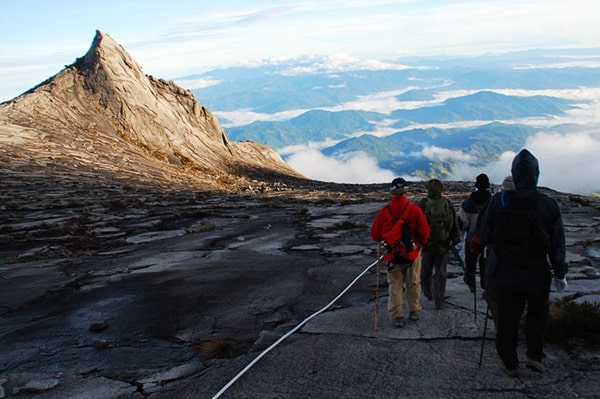 Via ferrata (or iron road in Italian), is a mountain path consisting of a series of rungs, rails and cables embracing the rock face. There are more than 300 via ferrata routes around the world and the world’s highest via ferrata, can now be found on Mount Kinabalu in Malaysia, whereby the highest point starts at 3,400 m and ends at 3,800 m. This is the first time that the sport of via ferrata climbing is being introduced in Asia. 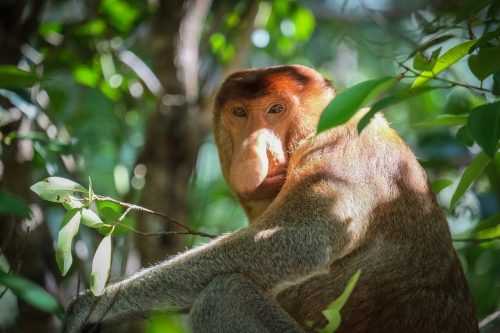 Located just 15 km from Kuching and approximately 5 km from Damai Beach, the Kuching Wetlands National Park covers an area of 6,610 hectares on the estuarine reaches of the Sibu Laut and Salak rivers. The park is mostly comprised of a saline mangrove system that includes an extensive network of marine waterways and tidal creeks interconnecting the two major rivers that form the boundaries of the park. 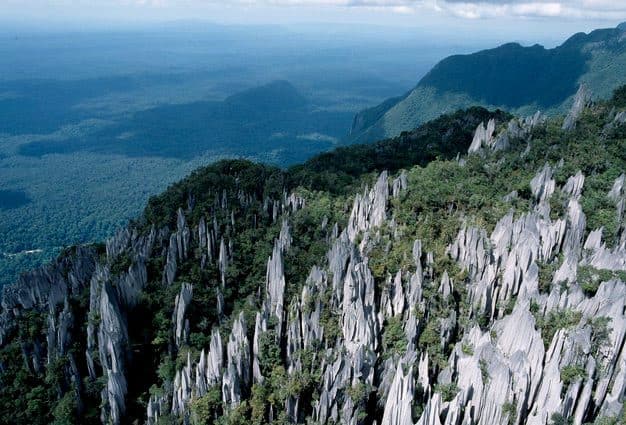 Gunung Mulu National Park is Sarawak’s largest at 544 sq km in area. It is also Malaysia’s first World Heritage Area, a status awarded in 2000. The national park is most famous for its limestone cave systems. They are the world’s largest natural chamber (the Sarawak Chamber), the world’s largest cave passage (Deer Cave) and the longest cave in Southeast Asia (Clearwater Cave). 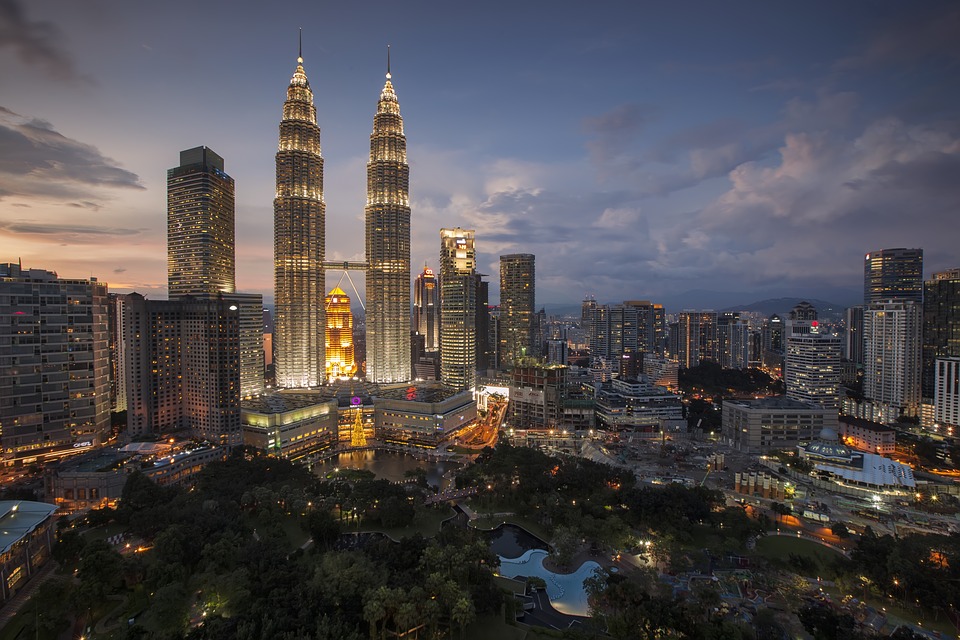 Soaring to a height of 451.9 metres, the 88-storey twin structure is Kuala Lumpur’s crown jewel. Majestic by day and dazzling at night, the PETRONAS Twin Towers is inspired by Tun Mahathir Mohamad’s vision for Malaysia to be a global player. Together with master architect Cesar Pelli, the international icon powerfully captures the nation’s ambitions and aspirations. 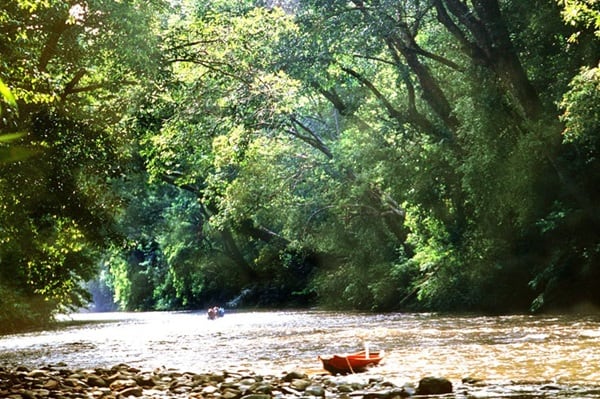 Taman Negara (National Park) is the first and the oldest official Protected Area in the country, originally named King George V National Park. Declared in 1938 by the Sultans of Kelantan, Pahang and Terengganu (during King George’s Silver Jubilee), it was gazetted to preserve the land’s indigenous nature in perpetuity. The park was renamed Taman Negara after the nation gained independence in 1957. 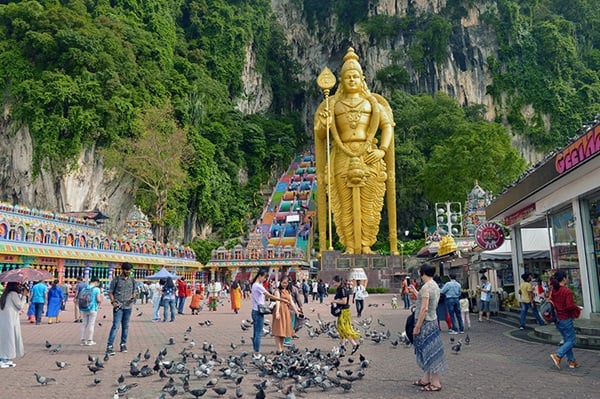 Its main attraction is the large statue of the Hindu God at the entrance, besides a steep 272 climb up its steps to finally view the stunning skyline of the city centre. 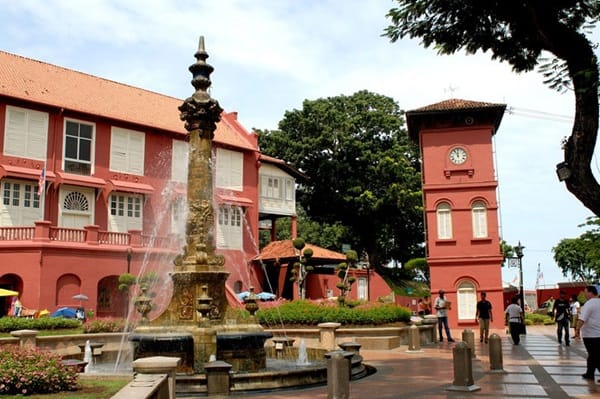 Built in 1650 as the official residence of the Dutch Governor and his officers, The Stadthuys is a fine example of Dutch architecture of that period. It is believed to be the oldest Dutch building in the East. An outstanding example of colonial Dutch architecture, this edifice now houses the History Museum and Ethnography Museum.
On display are traditional bridal costumes and relics from Melaka’s over 400-year history. Both museums are well-laid out and offer detailed explanations of how these costumes and relics played their part in Melaka’s glorious past. 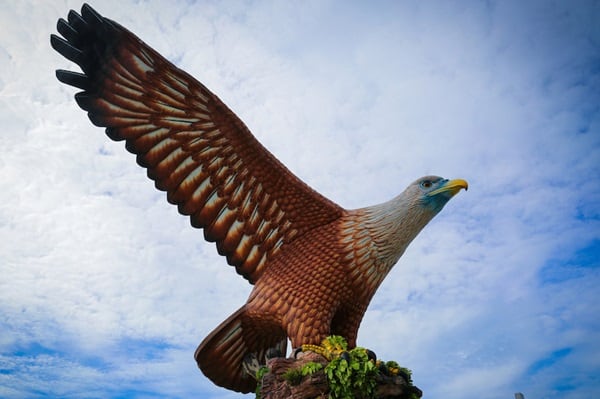 The island, which is about 20 kilometres from Kuah town, is modestly populated on one side and virtually uninhabited on the other where the lake is situated.
The legend of Tasik Dayang Bunting goes like this: The favourite bathing pool of a celestial princess named Mambang Sari was said to be Tasik Dayang Bunting (Lake of the Pregnant Maiden). A prince, Mat Teja, fell madly in love with her and tricked her into marrying him.
Sadly, their child died from a mysterious illness at the age of seven days. Distraught, the grieving Mambang Sari left the child’s body in the lake and returned to her heavenly abode. Today, some believe that barren women who bathe in this lake will be endowed with a child. 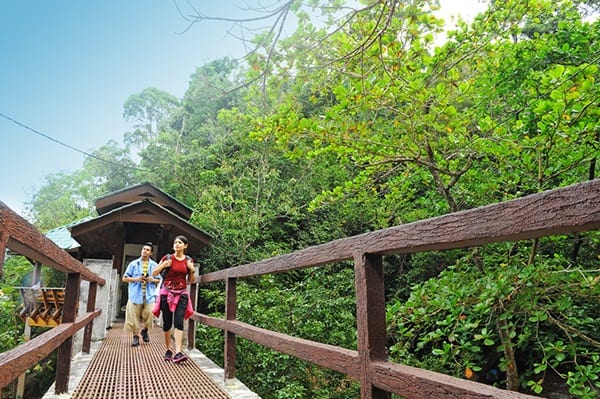 Penang National Park, believed to be the smallest national park in the world, is home to a rich natural heritage comprising more than 1,000 species of flora and 271 species of wildlife. Gazetted on 10th April 2003, the park was formerly known as Pantai Acheh Forest Reserve. The park, spanning 2,522.1 hectares of land and sea, was set up to preserve and protect the flora and fauna as well as the geological, archeological, historical and ethnological interests in the area. The park also conserves the diverse terrestrial habitats in the area including the rare meromictic lake, mangroves, mudflats and a vast hill dipterocarp forest. There are also a number of sandy beaches within the park which are important nesting spots for marine turtles.

Pulau Redang, located 45km off the coast of Kuala Terengganu, is the largest of a group of nine protected islands dotting the South China Sea off the Terengganu coast. The island offers crystal clear waters and numerous dive sites for enthusiasts. Sheltered within the Pulau Redang Marine Park, the waters here are rich in marine life. At midday when sun rays penetrate the sea, brilliant hues of coral, anemones and fish can be seen. 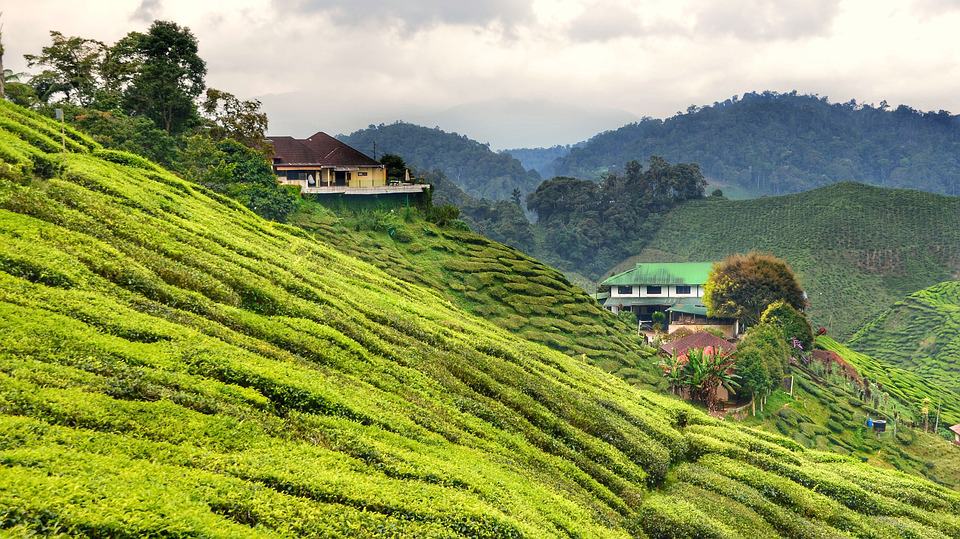 There are many things to see and do in Cameron Highlands, Malaysia’s largest highland resort. Walks through lovely little villages, visits to the butterfly, strawberry, honey bee farms and sprawling tea plantations or meals at the delightful Tudor-styled country inns, are all pleasurable and relaxing activities to be experienced here. You can’t beat the weather up here. A few days out of the sweltering lowland heat will surely recharge your batteries.